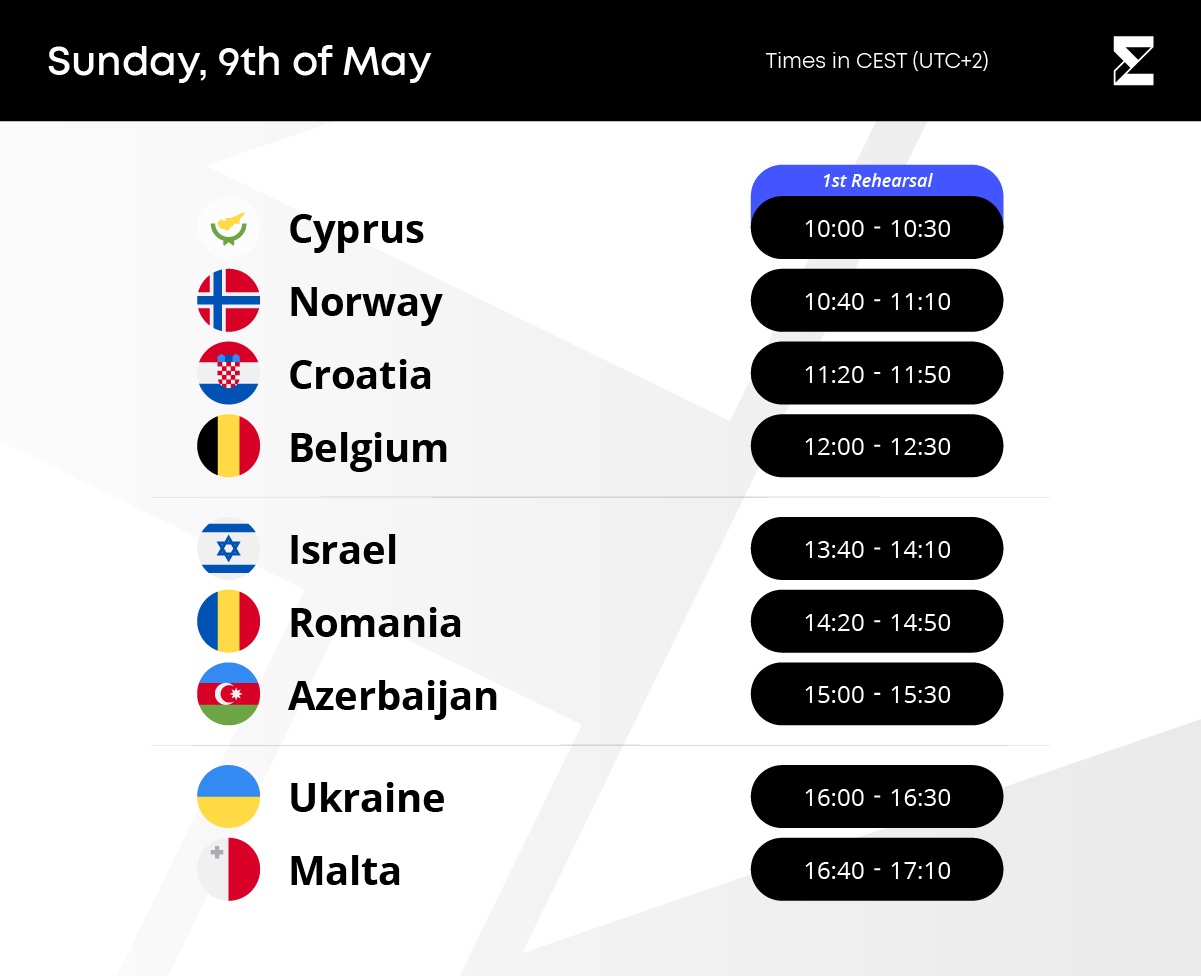 10:00 CET // Goedemorgen allemaal and welcome to Day 2 of rehearsals for the Eurovision Song Contest 2021.

10:24 CET // Elena starts lying down on the stage in a silver fringed dress.

10:25 CET // Elena has had to stop the rehearsal because she was not able to hear herself over the music.

10:30 CET // Elena and her dancers perform under a tilted mirror that reflects back onto the stage.

10:31 CET // The mirror is lifted off stage to reveal “El Diablo” written on the back of the stage.

10:36 CET // Pyrotechnics have been added during this run-through.

10:37 CET // Another round of applause from the Press Centre for another strong rehearsal from Elena.

11:00 CET // TIX begins his rehearsal. The staging is similar to that of his national final performance. He stands on a small platform surrounded by four dark angels who are chained to him.

11:02 CET // After a flash of lights on the key change, the LED screens reveal bright clouds.

11:14 CET // Tix has swapped his gold suit from Melodi Grand Prix for a stoned suit. The shackles are also stoned.

11:39 CET // Albina starts her performance alone on stage in a stoned bodysuit.

11:41 CET // Multiple copies of Albina appear on the background screen for the second verse.

11:42 CET // Albina is carried to the satellite stage, where the choreography mostly follows that of the Dora performance.

11:44 CET // Huge reaction in the Pres Centre to this, especially to the AR part.

11:52 CET // Blue and purple feature heavily in this performance.

11:54 CET // Pyrotechnics are added on the final beat of the song and the camera pans out to reveal the full stage.

12:16 CET // Hooverphonic are dressed all in black and are joined on stage by a drummer and a backing singer.

12:18 CET // Geike is in the middle of the stage with everyone surrounding her on raised platforms.

12:29 CET // Close up images of Geike’s face appear on the background LED screen and the raised LED screen over the stage.