The Finnish jury for Eurojury 2020 is formed of two members, consisting of Club La Persé and Krista Siegfrids. 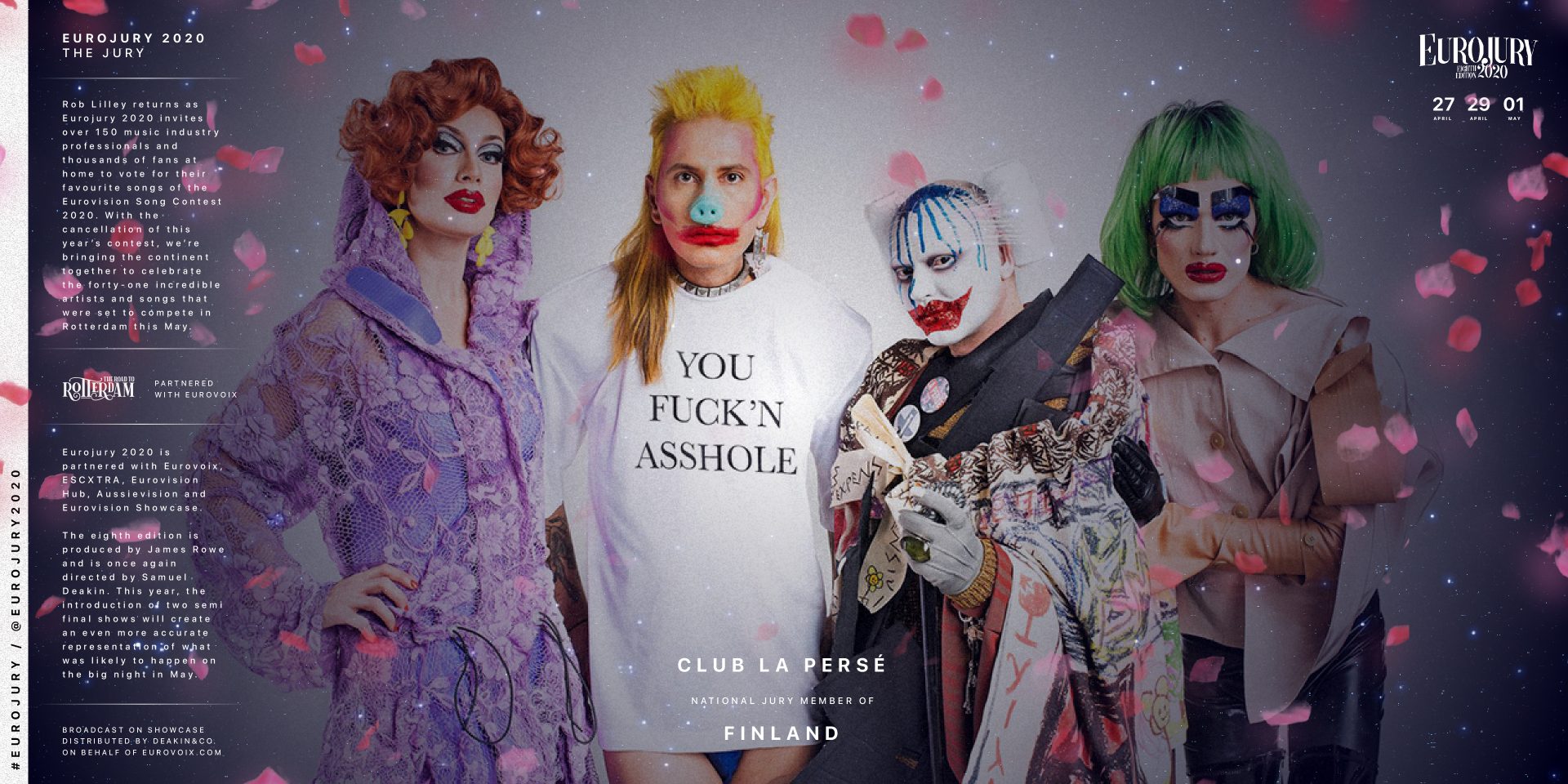 Club La Persé were formed in 2005 in Helsinki. They are a Finnish-club collective that class themselves as “an unpretentious underground experience about music, art and self-expression”. They are highly considered as pioneers for Finland’s more eccentric club scene and it is suggested took inspiration from the fashion scene in London. The club’s image like to exaggerate show outfits and play with gender roles.

Club La Persé appeared in the New Music Competition 2017 and thus were chosen as a candidate for Finland in that year’s Eurovision Song Contest. Their song “My Little World” was among the 10 entries in Finland’s selection show where it eventually finished in 9th place. 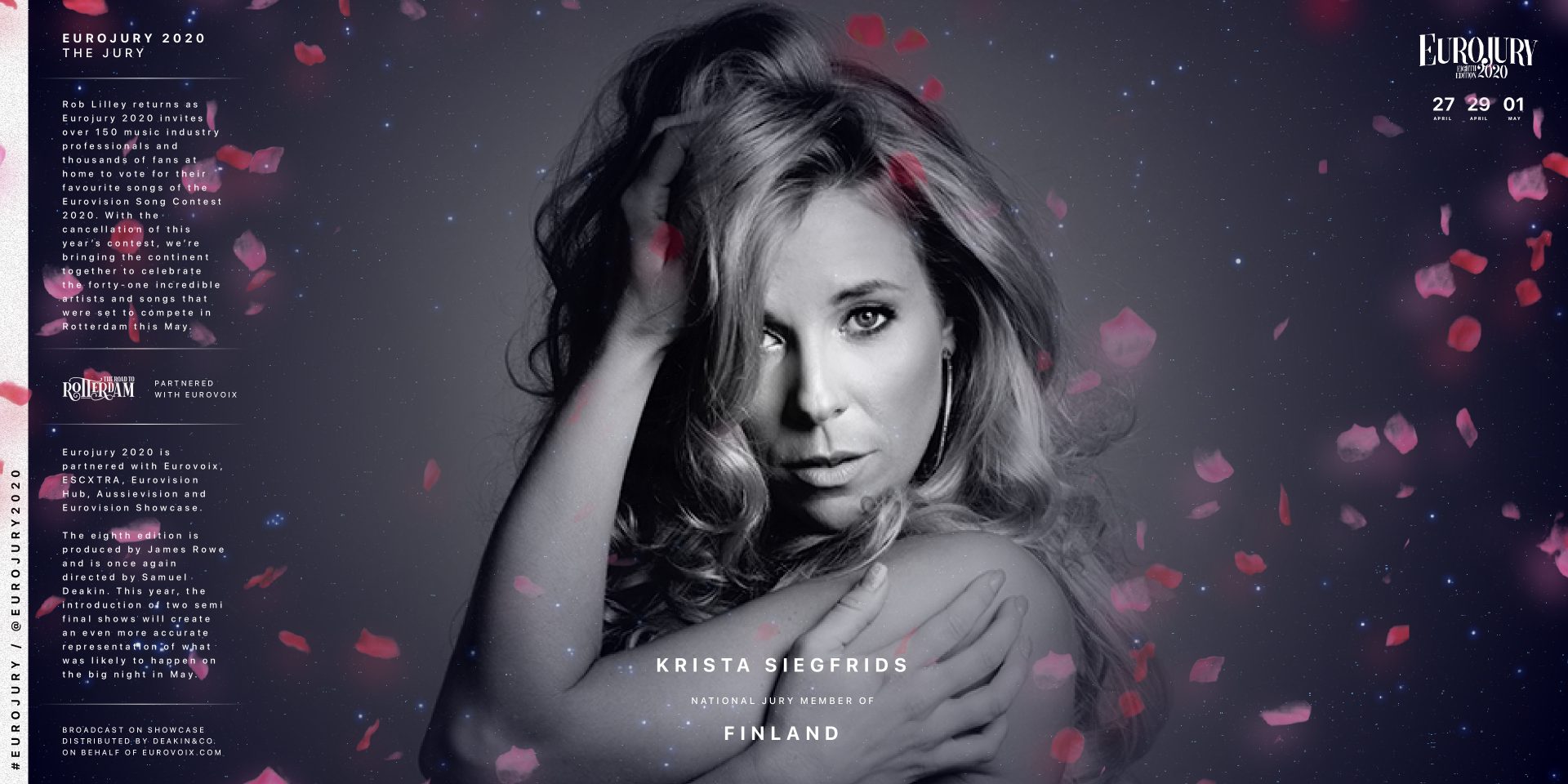 Krista Siegfrids is a much beloved Finnish singer, actress and TV presenter. She first came to attention of Eurovision audiences as the representative of Finland in 2013 with her song “Marry Me”. Although only coming 24th in the final, the song is still a fan favourite.

Since appearing at Eurovision, Krista released her debut album “Ding Dong!” later in 2013 and a whole string of singles followed including “Cinderella”, “Can You See Me?” and “On & Off”.

Krista has remained loyal to the Eurovision brand, being the host of the Finnish selection show since 2016. During this time she also attempted to represent Sweden at the contest in 2016 with the song “Faller” and one year later again with “Snurra min jord”.

As revealed previously, in alphabetical order, the top 10 countries selected by the Finnish jury are:

Finland will feature in the 16th position in the second semi final of Eurojury 2020 on Wednesday the 29th of April. Finland were due to be represented in the Eurovision Song Contest 2020 by Aksel with the song “Looking Back”.