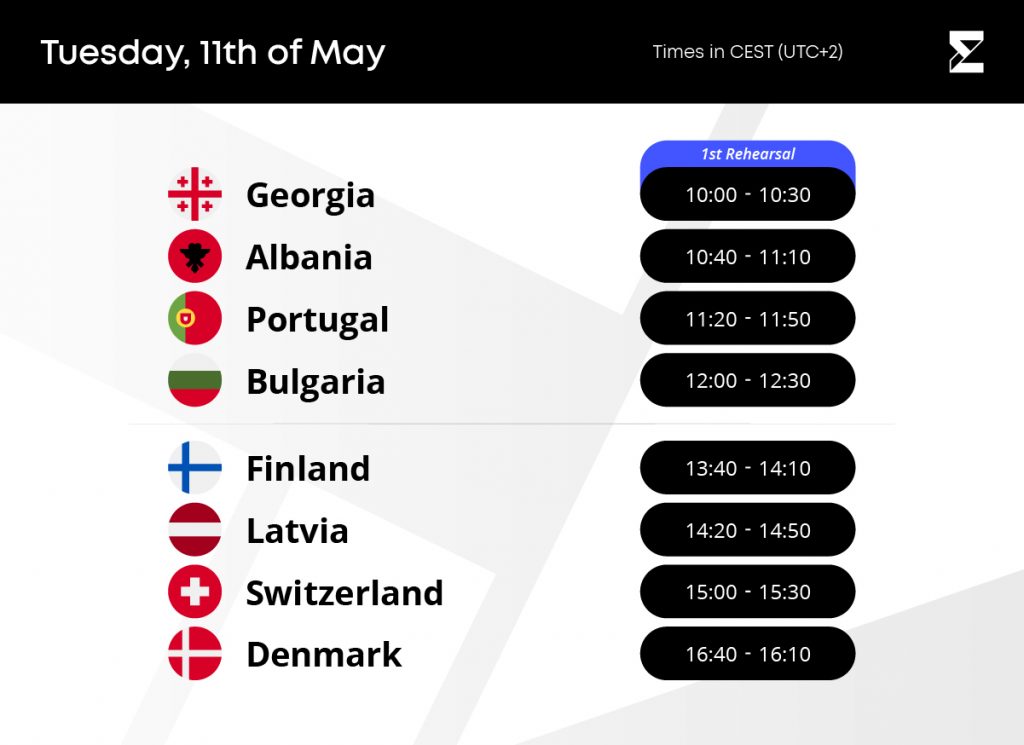 10:00 CET // Goedemorgen allemaal and welcome to Day 4 of rehearsals for the Eurovision Song Contest 2021.

10:16 CET // Tornike emerges from the back of the stage and is lit by a single spotlight.

10:18 CET // The lyrics briefly appear on the background LED screen in English and Georgian.

10:31 CET // Tornike is singing in a much lower register for this run through.

10:55 CET // Anxhela starts the performance in front of a red explosion.

Portugal: The Black Mamba – “Love Is On My Side”

11:38 CET // Pedro goes down to the satellite stage for the guitar solo and the end of the song.

Bulgaria: Victoria – “Growing Up Is Getting Old”

12:18 CET // Victoria is sitting on a rock and looks at a picture of her younger self and her father.

12:32 CET // The Press Centre went quiet during the run through and gave Bulgaria another big round of applause at the end.