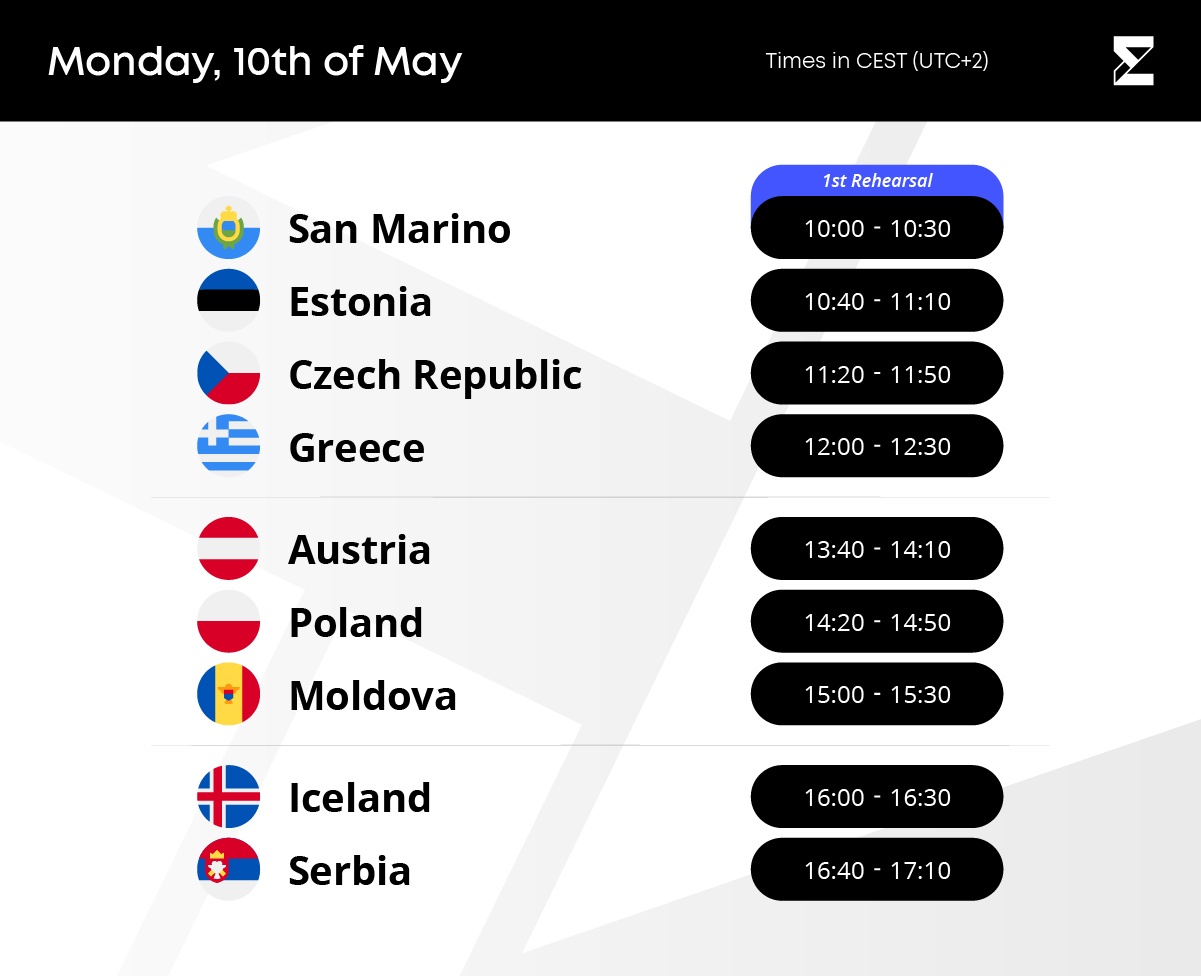 10:00 CET // Goedemorgen iedereen and welcome to Day 3 of rehearsals for the Eurovision Song Contest 2021!

10:18 CET // Senhit starts the performance behind a religious ornament.

10:19 CET // The black outfit and spinning diamond from the music video also make a return.

10:20 CET // Senhit and her four dancers make their way down to the satellite stage joined by a rapper who is not Flo Rida.

10:29 CET // Senhit begins her final run through after a technical fault.

10:30 CET // Some pyrotechnics are added as Senhit is lifted up by her dancers.

10:32 CET // Some more pyrotechnics are added for the end of the song.

Estonia: Uku Suviste – “The Lucky One”

10:56 CET // Uku starts the performance kneeling down on stage in front of a white circle on the LED screen.

10:58 CET // The performance is mostly the same as the Eesti Laul performance.

10:59 CET // Lots of lightning on the LED graphics and during the last bridge, the lights change from blue to red.

11:39 CET // Benny and his dancers make their way down to the satellite stage for the end of the song.

11:50 CET // Benny is wearing a gold sequined jacket and tracksuit bottoms with a sequined motif.

11:51 CET // The sound mixing issues from the last run through seem to have been fixed.

12:16 CET // Stefania starts the performance alone on stage in a purple sparkly bodysuit.

12:22 CET // Stefania is seen walking through an AR landscape.

12:23 CET // Big reaction from the Press Centre, especially from the Greek journalists.

12:33 CET // Another strong run through from Stefania.