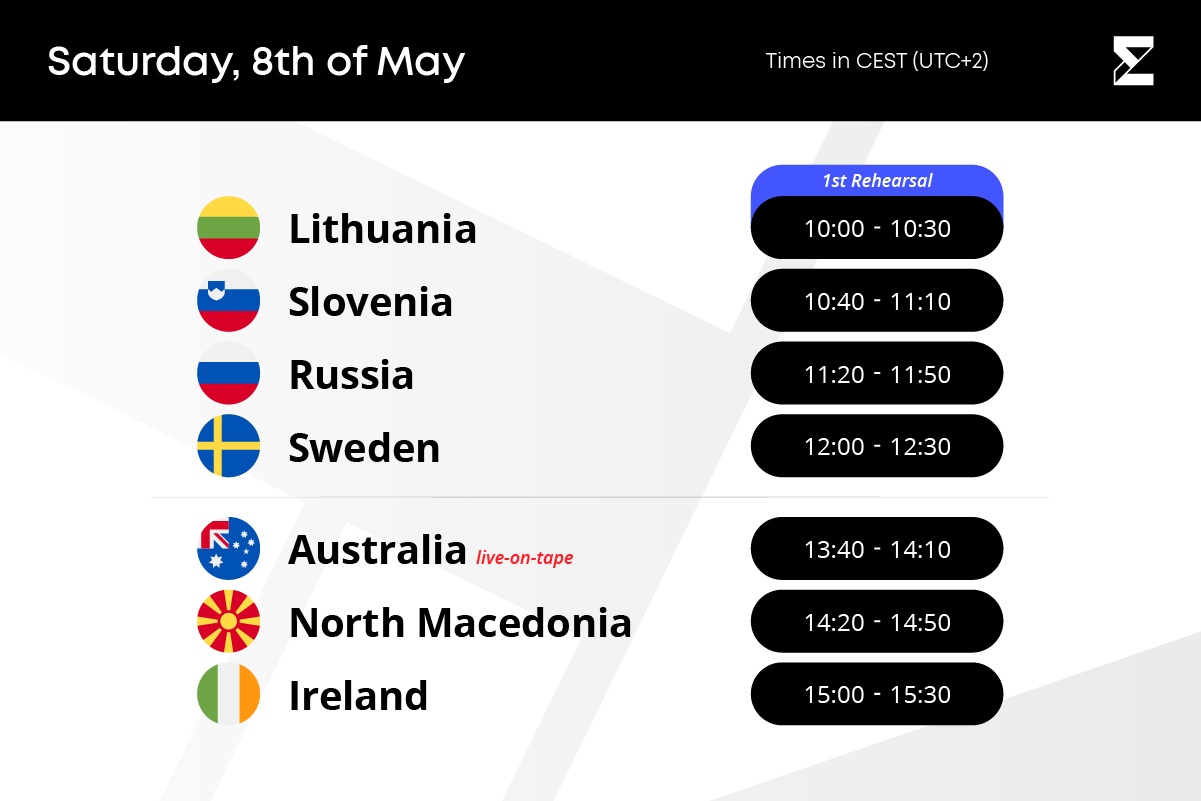 13:47 CET // Hallo iedereen and welcome back to the second part Day 1 of rehearsals.

13:51 CET // We had a sneak peek of Montaigne’s live on tape performance. Montaigne starts in the dark and when the lights come on to her, she is wearing a black outfit.

14:32 CET // Vasil starts the performance with a side light shining on him.

14:33 CET // Vasil has different images and visual images projected on to him.

14:34 CET // Vasil opened up his jacket to reveal a mirrorball shirt, off which the lights reflect.

14:46 CET // Vasil is holding back on the vocals in this run-through, presumably to save his voice.

15:28 CET // Lesley walks on treadmills in certain section while cutouts of mountains and seas appear around her.

15:34 CET // Apologies for the lack of updates. I’m Irish so I was otherwise occupied!