The final set of scores are in as the juries from Italy, Ireland and Montenegro reveal their points for The Euro Jury 2021. As ever, 50% of the vote is being decided by national juries and 50% by you, the public.

The points from Italy 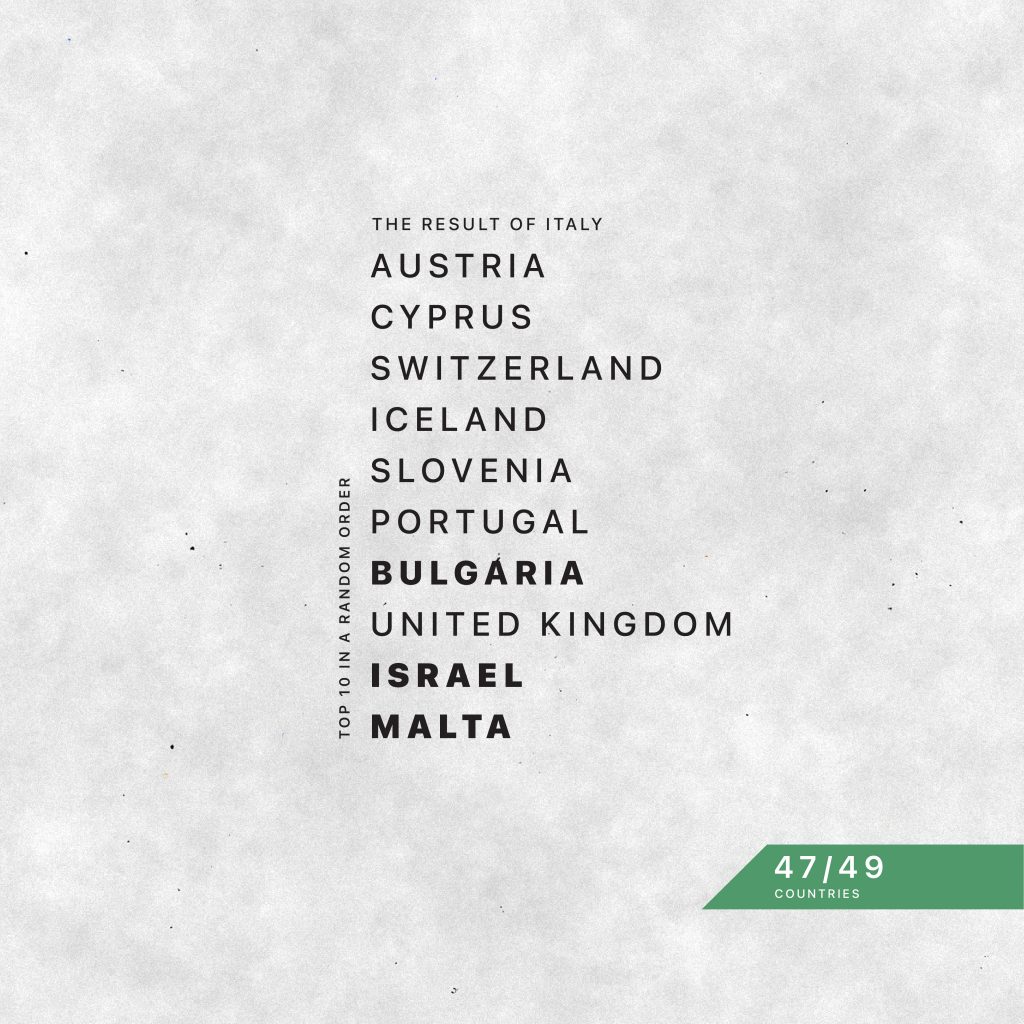 The points from Ireland 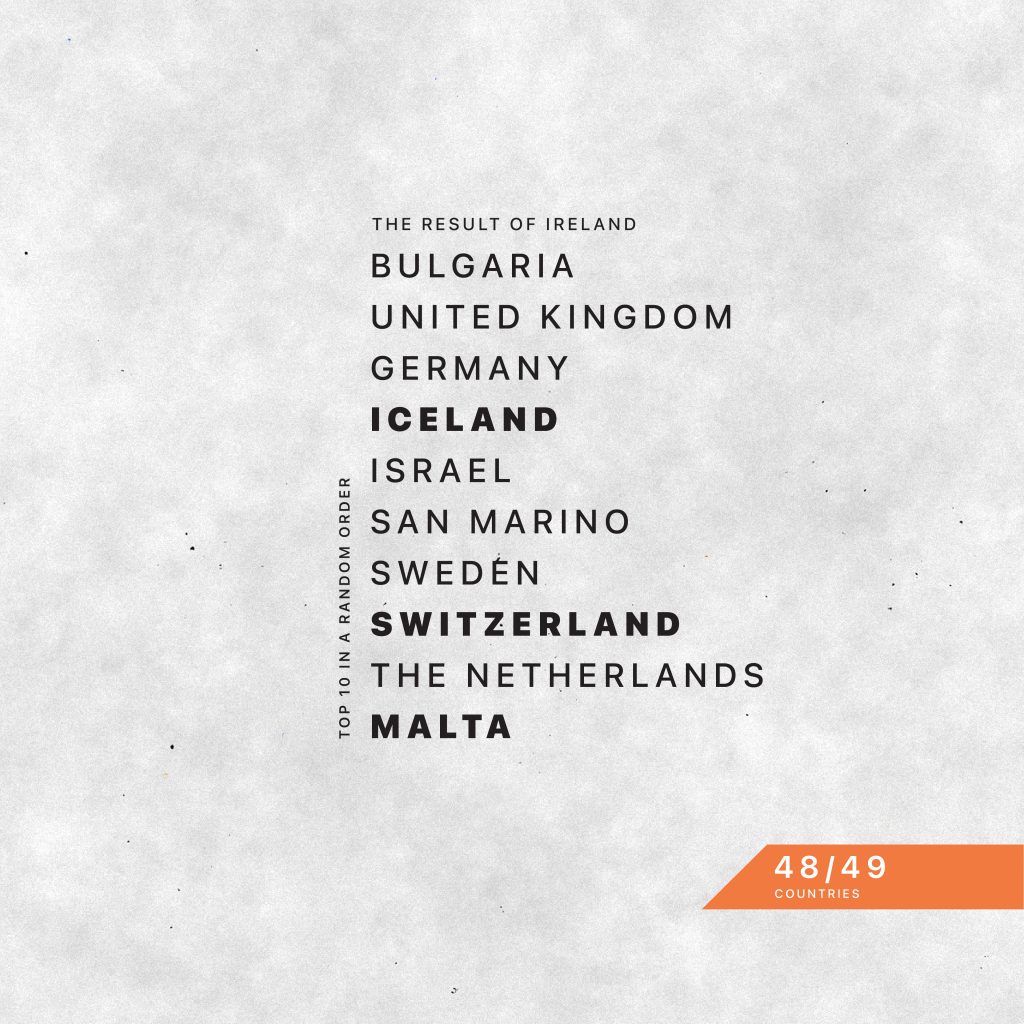 The points from Montenegro 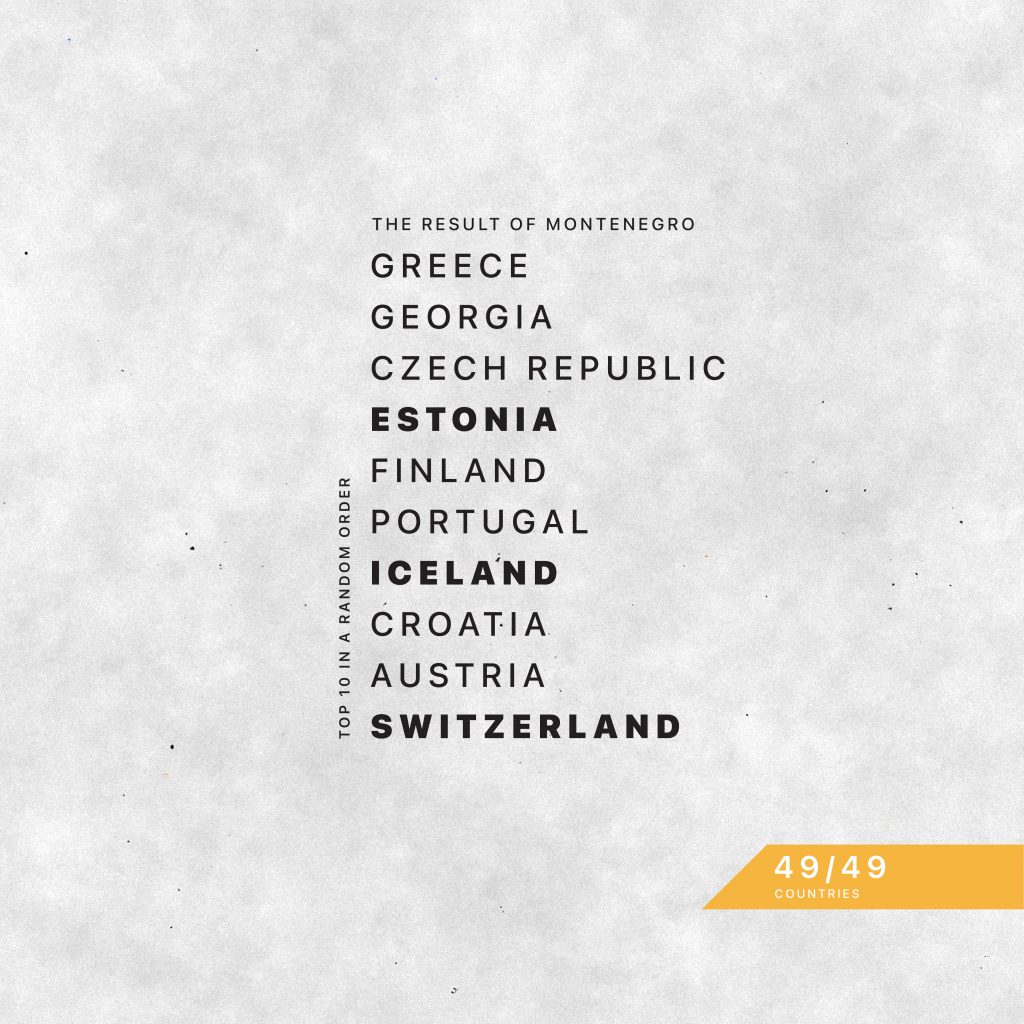 Follow all the latest updates about this year’s edition of The Euro Jury on Eurovoix.com, as well as on Twitter, @Eurovoix, and @TheEuroJury.