The next set of scores are in as the juries from Serbia, Australia, and Bosnia and Herzegovina reveal their points for The Euro Jury 2021. As ever, 50% of the vote is being decided by national juries and 50% by you, the public.

The points from Serbia 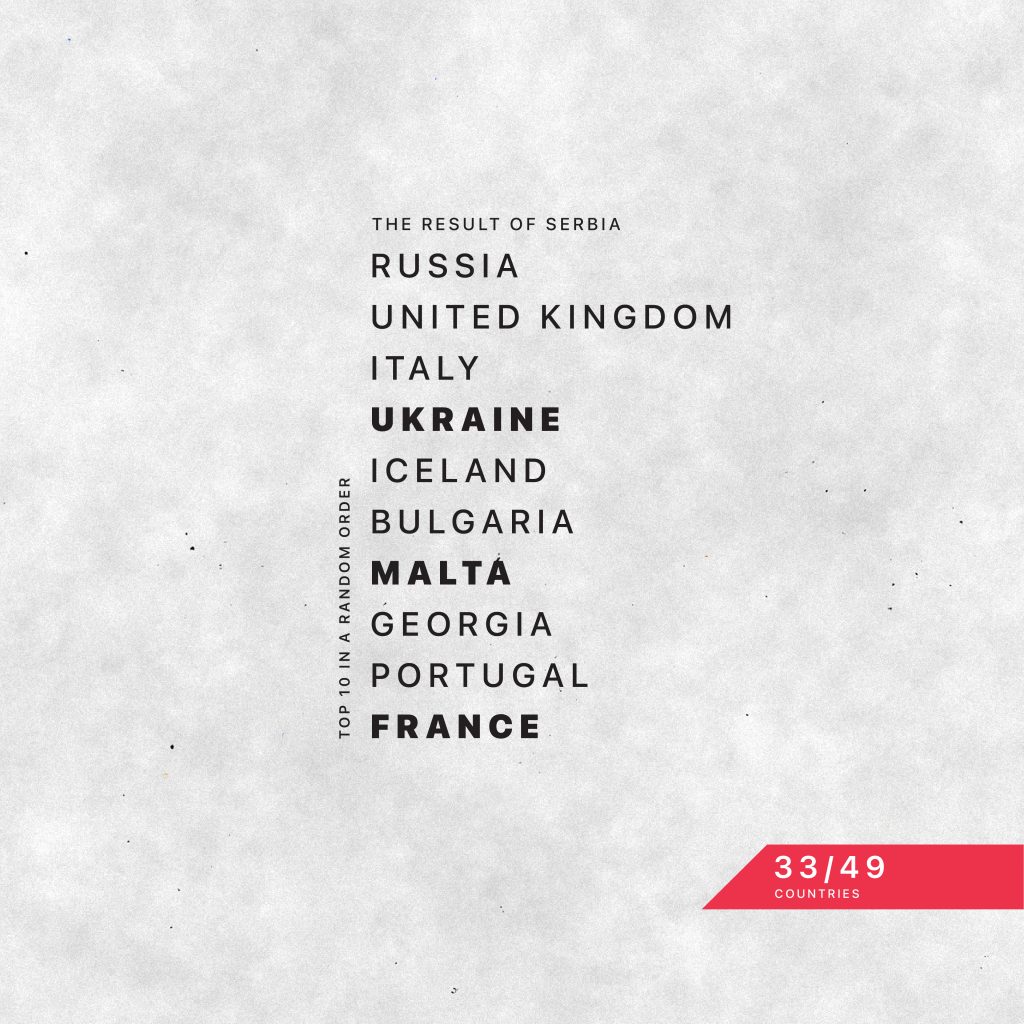 The points from Australia 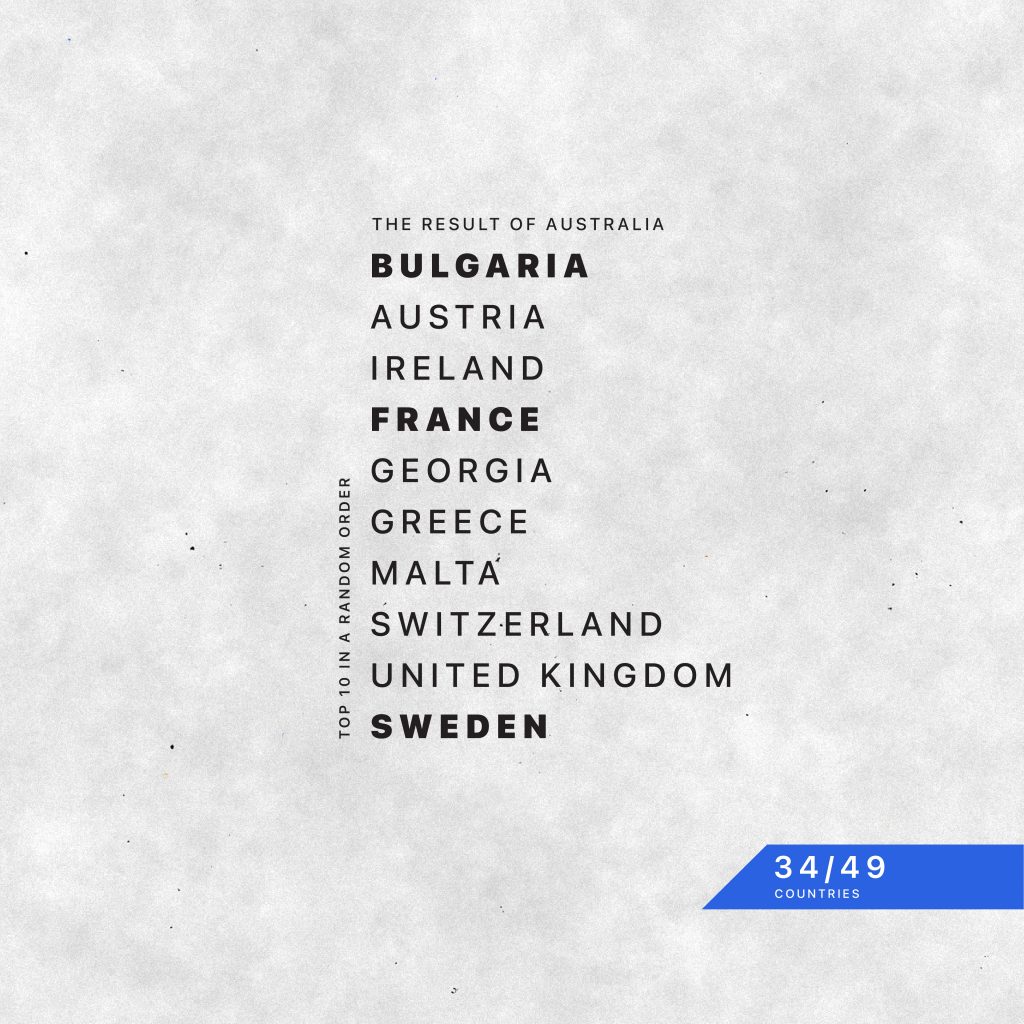 The points from Bosnia and Herzegovina

Bosnia and Herzegovina’s top 10 in a random order (top 3 in bold): 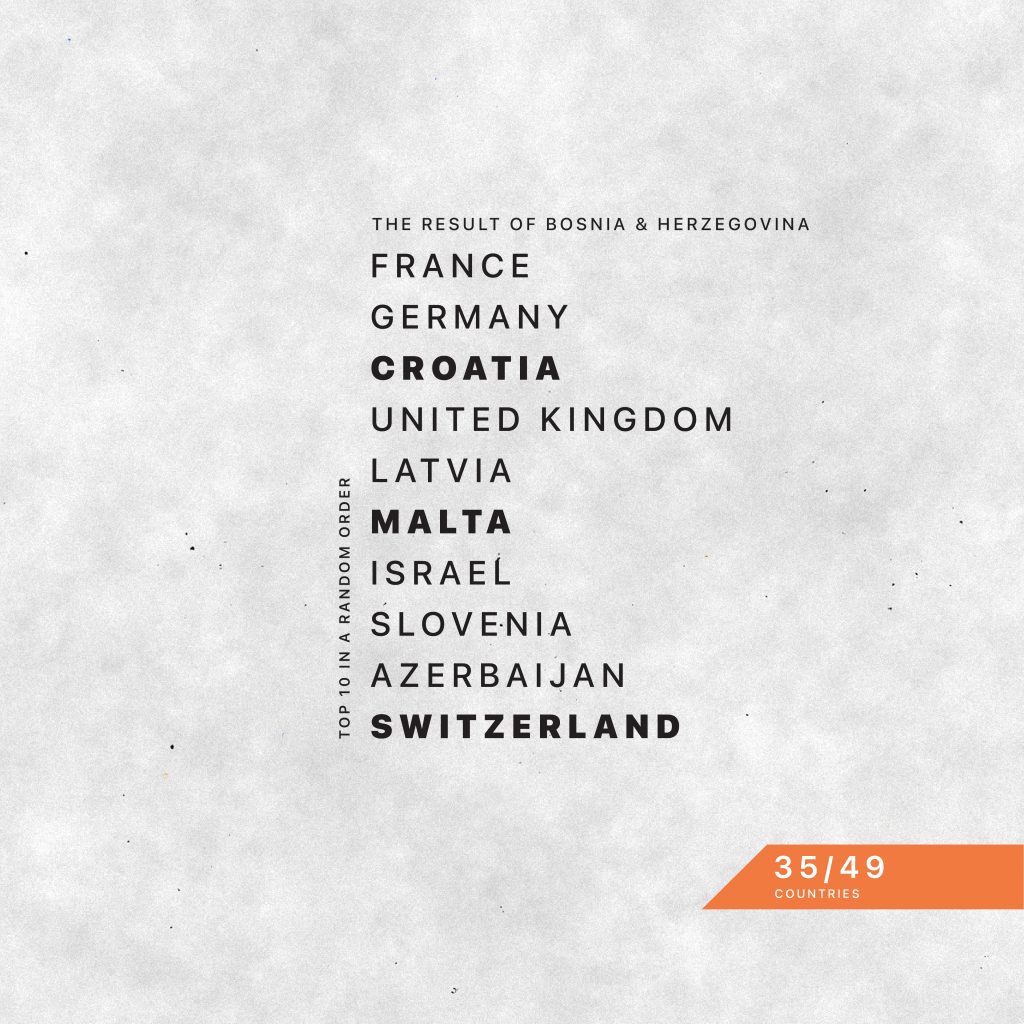 The online vote is now open! Cast your votes by following this link!