The Dutch broadcasters and European Broadcasting Union have announced that the Eurovision Song Contest 2021 will not take place under scenario A.

AVROTROS/NOS/NPO and the European Broadcasting Union have announced that the 2021 Eurovision Song Contest in Rotterdam, will not be under scenario A conditions.

The organisers will now focus their efforts on Scenario B, hosting a socially distanced event with artists performing in Rotterdam, while realistically keeping downscaling options on the table for the weeks to come.

“The Eurovision Song Contest will definitely make its welcome return this May despite the pandemic but, in the prevailing circumstances, it is regrettably impossible to hold the event in the way we are used to. The security, health and safety of all participants at the Eurovision Song Contest, from the crew to the artists, is our top priority. We are following international developments closely and continuing to explore and plan for 3 revised scenarios (B, C and D) first announced last autumn.”

“We’re grateful for the renewed commitment and backing from the City of Rotterdam and the ongoing support of all the participating broadcasters. We very much hope to be able to gather in Rotterdam in May and will do all we can in the coming weeks to achieve this. With an ever-changing situation we are taking our time to ensure that we can host the Eurovision Song Contest in the best and safest way possible.”

A further decision on how the Contest will be staged will be taken in the coming weeks.

“By staying flexible for as long as we can, we are aiming to make the best possible Eurovision Song Contest under the circumstances. Our primary goal is to get the 41 artists to Rotterdam, to all perform on the same stage, and to welcome journalists to cover the Contest.”

Said Kasmi, a councillor from the City of Rotterdam affirmed Rotterdam’s continued support for the contest:

“The Eurovision Song Contest in Rotterdam, live from Ahoy, is a ray of light to look forward to together. As the host city, we are optimistic, enthusiastic and realistic. Within the available possibilities, we will make the best of this situation together with our partners! Let’s hope that this Eurovision Song Contest, which will be different from all 64 previous Contests, will offer great new opportunities for partners and entrepreneurs in the city. One way or another: Rotterdam will Open Up again!”

The Dutch government has also given assurances that, in the event of the Eurovision Song Contest being staged in Scenario B, all participating artists and delegations will be able to enter the Netherlands.

As there will be less capacity for an audience in Scenarios B and C, organisers have decided to refund all current ticket holders this month and later give them the option to repurchase tickets for the same show(s). The number of tickets available for each show will be dependent on government guidelines regarding social distancing. Organisers are keen to emphasize that, if circumstances allow, there will be opportunities to sell more tickets later.

Sietse Bakker added: “By pushing the decision regarding the audience towards latest mid-April, we hope we can responsibly Open Up to welcoming fans in Ahoy for this year’s shows.” 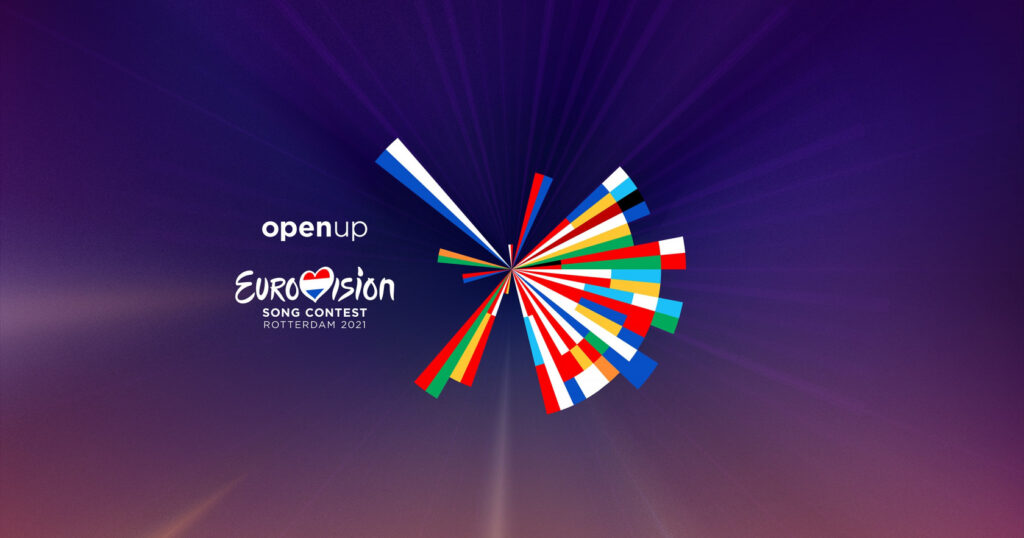 Four scenarios were outlined by the European Broadcasting Union last September under which the contest could be held. This ranged from an entirely remote contest to a contest which would be held as usual in Rotterdam with an audience. Of these four scenarios, three remain.

Everyone would be required to be at least 1.5 meters away from one another at all times. All of the shows would be held in Rotterdam, but a reduced audience would be allowed in the arena. The number of people in each delegation and number of press would be limited.

Should the audience size be restricted a new draw would be held to decide who out of the current ticket holders can attend the shows.

A socially distant Eurovision Song Contest with the shows live from Rotterdam with a limited audience. The exact size of the audience would be subject to government regulations at the time.

No artists will be able to come to Rotterdam to perform. The hosts and interval acts will still happen live in Rotterdam.

All of the pre-recorded performances would then be shown, having all been previously recorded in the participants’ home countries.

The Eurovision Song Contest would be held in a similar setup to Junior Eurovision 2020.

All performances would be recorded in their home country, with a live show produced from Rotterdam.

Alongside the four different scenarios which the European Broadcasting Union previously outlined, in November it was confirmed that all broadcasters will pre-record a performance before the competition in May.

The recording will take place in real time (as it would be at the Contest) without making any edits to the vocals or any part of the performance itself after the recording.

A set of production guidelines will ensure fairness and the integrity of the contest. There will be no audience present at the live-on-tape performances. The recording should be unique and should not be published before the contest in May.

Delegations are allowed to use similar technical possibilities and dimensions that would be available in Rotterdam, but are also free to opt for a scaled down production setup. The live-on-tape recordings should not contain any augmented or virtual reality, overlays, confetti, drone shots, water, use of chromakey or green screen.

Before the recording each participating broadcaster will meet with a coordinator from the host broadcasters (AVROTROS, NPO and NOS) and submit a recording session schedule, studio set up and camera plan. The Head of Delegation must be onsite during the 60-minute recording session of the permitted three takes and, either alone or together with someone who has the appropriate mandate, make the final decision on which take is selected.

A live connection will be set up during the recording to allow the Eurovision Executive Supervisor, a representative from an independent voting observer (E&Y) and the host broadcaster to observe the recording session, to provide assistance and support, but also to ensure the integrity of the Contest.

No national final performances can be submitted but each country can record on the same set. The “live-on-tape” recordings have to be delivered to the EBU by the end of March.