The ten qualifiers from the second semi-final of Eurojury 2020 have been selected by you and our jurors from over 40 countries.

The second semi-final of Eurojury 2020 has just come to an end with ten acts progressing to the final on Friday night. Thousands of votes have been cast alongside over 180 jurors from 42 countries to determine the qualifiers from Semi-Final Two. 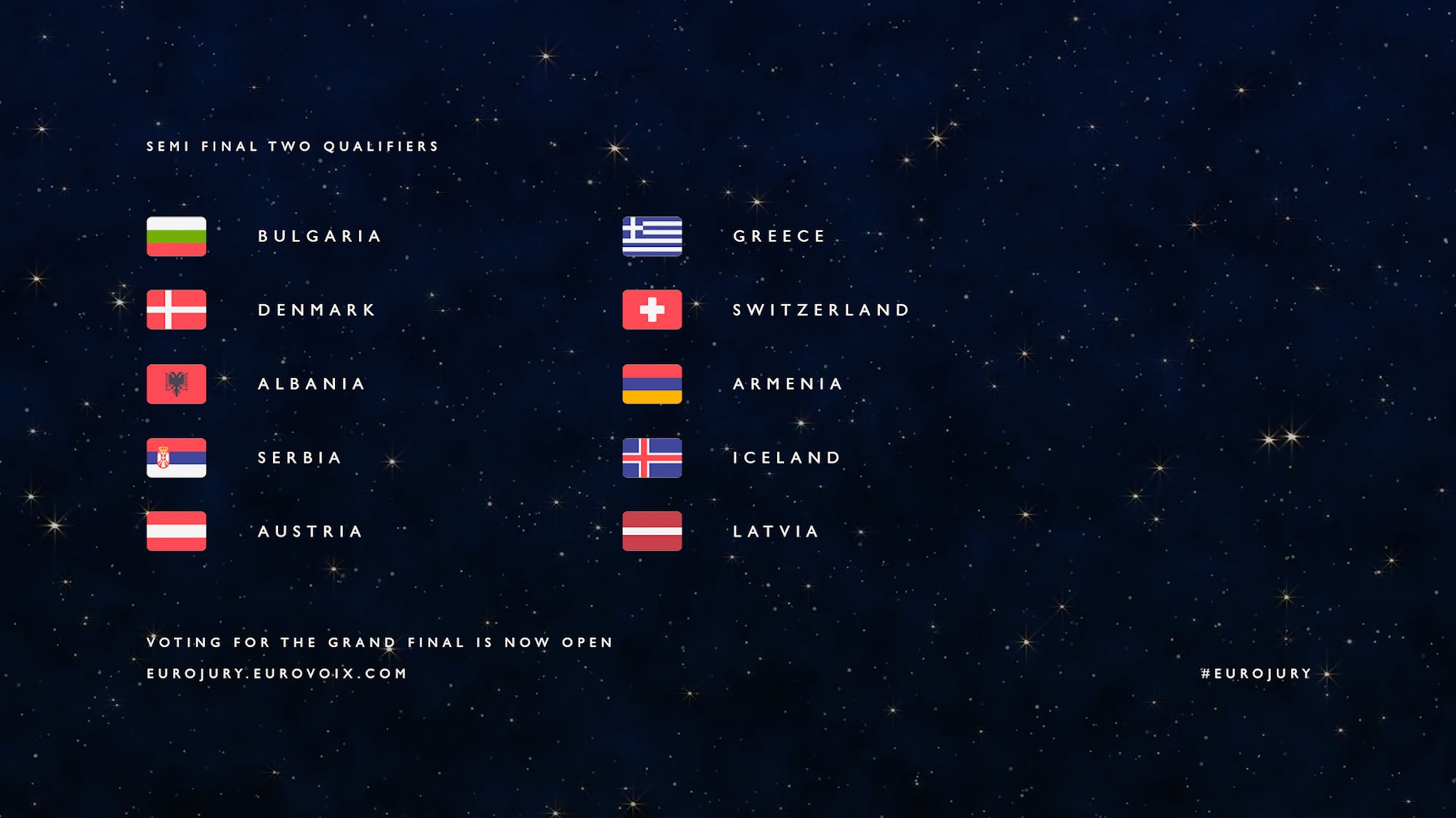 This evening’s ten finalists join the pre-qualified nations in the Grand Final on Friday:

And the ten qualifiers from the first semi-final on Monday, they are: