Originally from Mauritius, Jane Constance is a 19 year old singer living in France. She first came to public attention in 2015 when she entered The Voice Kids in France. She inspired viewers for taking part in the contest at a young age despite being blind and with coaching from Patrick Fiori she managed to win the competition.

In 2016 Jane released her debut album “A travers tes yeux” and her follow up album “Un jour j’ai rêve” was released in 2018. In addition to her music career she was named Artist of Peace by UNESCO in 2017.

In 2018, Jane came to Eurovision audience’s attention when she competed on Destination Eurovision in a bid to represent France. Her song “Un jour j’ai rêvé” from her second album unfortunately did not make the final of the selection show. 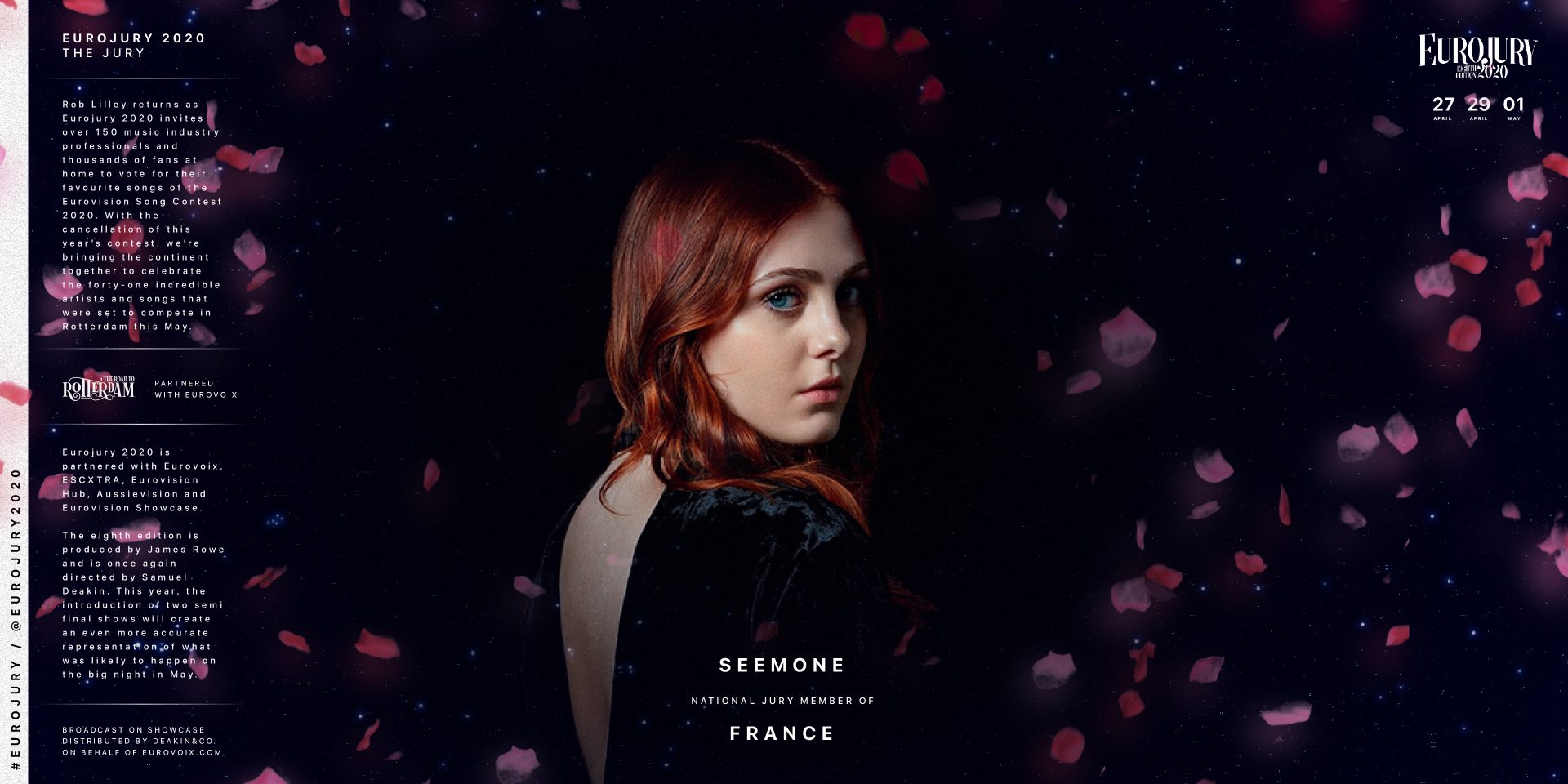 Seemone is a young singer relatively new to the French scene. She began learning how to play piano in 2016, she was born with a vocal defect where one of her vocal chords is cut in half, making both her speaking and singing voice very distinctive, in 2018 released her debut single “Nightbird”.

In 2019, Seemone entered Destination Eurovision in an attempt to represent France in Tel Aviv. Her song “Tous les deux”, dedicated to her father was a firm favourite with the judges and she won her semi final. Later in the grand final Seemone won the jury vote but came second overall to Bilal Hassani.

Since appearing in Destination Eurovision, Seemone has been busy working on new music, releasing her latest single “Dans Mes Rêves” just a few weeks ago. 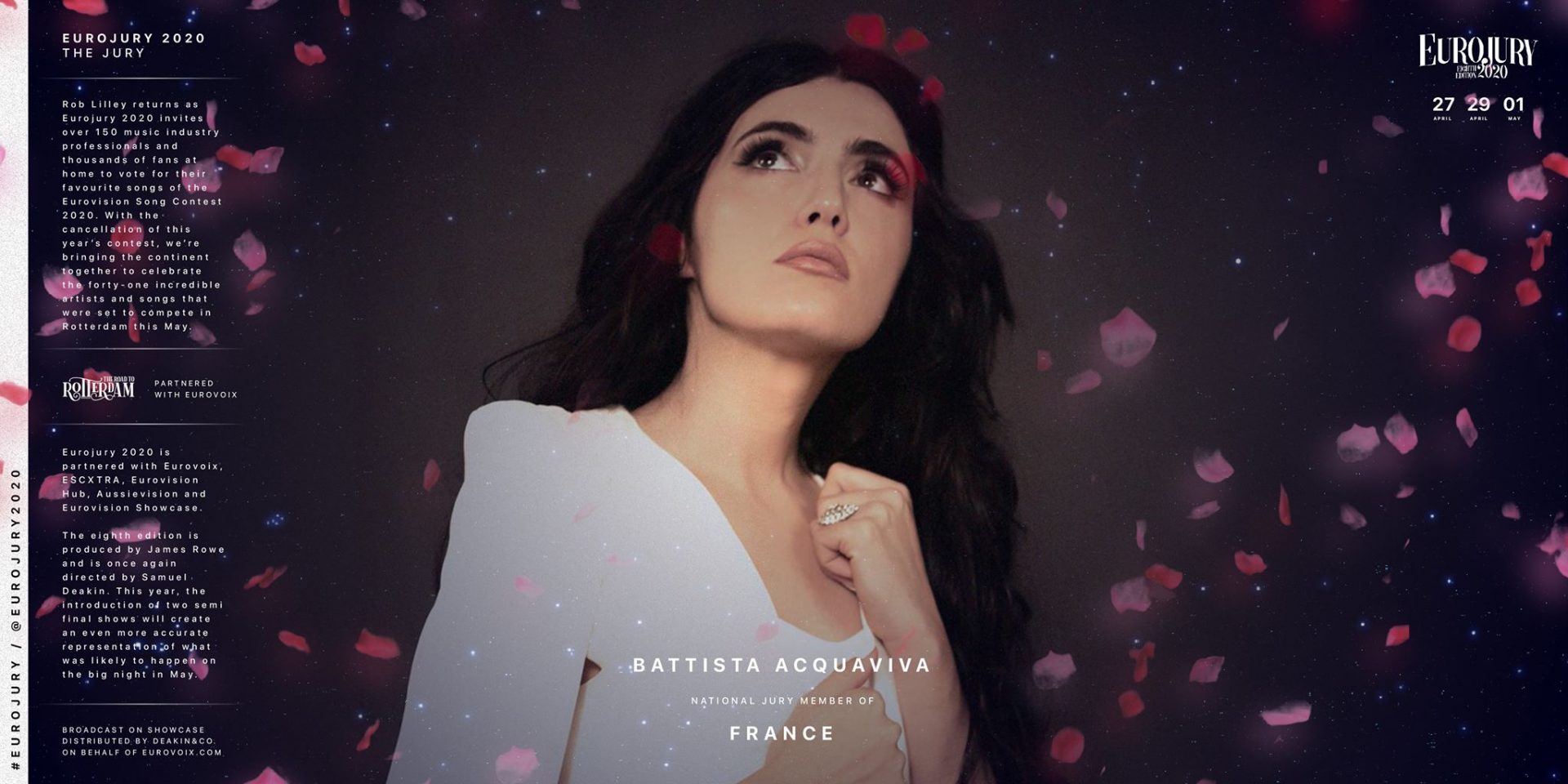 Battista Acquaviva, originally from Corsica is a classically trained mezzo soprano singer. She released her debut EP “Che Notte” in 2012 before appearing in the French version of The Voice in 2015. She was eliminated during the live shows where she was coached by Jenifer.

Following her appearance in The Voice in France, shortly after her elimination Battista announced that she had signed to Decca Records. Her album “Chants de Liberté” followed shortly after.

In 2019, Battista was announced as a candidate to represent France in the Eurovision Song Contest. She performed her song “Passio” in her native Corsican language. This would have been the first Corsican song at Eurovision since 2011 but sadly she didn’t make it out of the semi final. Since appearing on Destination Eurovision, Battista has also released another album titled “Céleste”. The Divaz are a three-piece female group formed of members Amalya, Sofia and Stacey. All three girls had previously auditioned for The Voice in France before they all worked together on the musical “Priscilla: Queen of the Desert”. They became good friends while performing in the musical and so decided once the show had ended to form The Divaz.

The Divaz were one of the finalists on Destination Eurovision back in 2019. They performed their song “La voix d’Aretha” which they dedicated to soul singer Aretha Franklin who all the members of the group look up as a musical inspiration.

Eventually the song finished in 6th place in the final of Destination Eurovision. The girls have continued to perform together, appearing at the Tougues Beach Festival in July last year. Tracy de Sá is originally from Goa in India. She was brought up in both Spain as well as Portugal before finding home and establishing herself in France in 2011. Tracy began rapping in 2013 and defines her musical as creative hip-hop.

In 2019 she was a contestant on Destination Eurovision with her trilingual song “Por Aqui”. Sadly the entry did not represent France in Eurovision as it was eliminated in the semi finals.

Following on from this, in May 19 Tracy released her debut album “Commotion” which including her Destination Eurovision entry, features five singles. Her most recent single “Rickshaw” had its music video filmed in Goa where she is originally from. In addition to her music, Tracy is an activist for equal rights and earned her master’s degree in gender studies from the University of Lyon 2. The multi-talented Hélène Cardona has had an extensive career as an actor, poet and literary translator. She has an incredible resume with film credits in the likes of movies such as Chocolat, Dawn of the Planet of the Apes, The Hundred Foot Journey and Jurassic World. She is also credited as a voice actor in children’s film Happy Feet Two.

Most recently she was confirmed to be appearing in the upcoming Netflix movie “Eurovision”, a movie about the beloved contest. directed by and starring Will Ferrell. The film is to be set in Iceland and was filmed in both Iceland and Scotland.

As an author poetry book “Life in Suspension” won the International Book Award in Poetry. She has also previously been a translator for the Canadian embassy as well as the French Chamber of Commerce and the film industry itself.

As revealed previously, in alphabetical order, the top 10 countries selected by the French jury are:

France will feature automatically in the grand final of Eurojury 2020 on Friday the 1st of May as a member of the Big 5. France were due to be represented in the Eurovision Song Contest 2020 by Tom Leeb with the song “Mon alliée (The Best in Me)”.