Diamá is known within the Eurovision community for when she represented Switzerland in 2006 as part of the group six4one. She was the only Swiss artist within the group, with the others coming from Sweden, Germany, Bosnia, Malta and Israel.

Their song “If We All Give A Little” eventually finished 17th at the contest, receiving Malta’s 12 points. Prior to Eurovision, in 2004 Diamá competed in Music Star, the local version of popular franchise Idol. In addition to her music career, Diamá is known for being an LGBT activist, having made appearances at several Pride events across Switzerland and other countries in Europe. She released her debut album “We’re Not Done” in 2015. 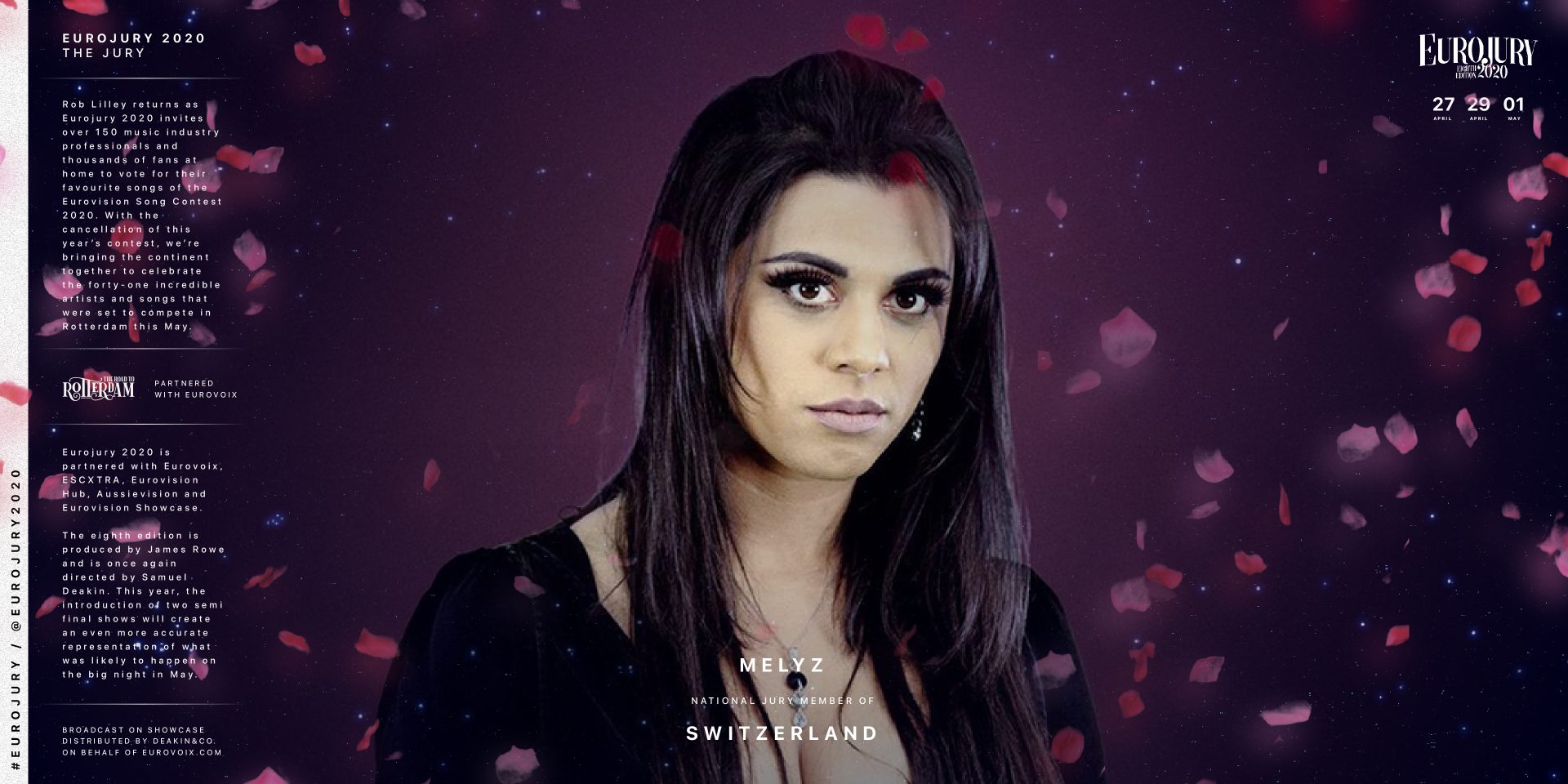 Melyz is a British-Swiss singer-songwriter known for her dark pop and dance style. Under the name Melanie Rene she represented Switzerland at the Eurovision Song Contest in 2015 with the song “Time To Shine”. Sadly the song did not advance to the grand final.

Following the competition, Melanie Rene wanted to pursue a more defined and personal style and therefore reinvented herself, she now performs by the stage name Melyz. She released her debut EP as Melyz in 2019 which includes her songs “Don’t Tell” and “Bad Together”. ZiBBZ are a duo consisting of brother and sister Corinne and Stefan Gfeller. The duo are based in Los Angeles however are originally from Zurich.

The band were formed in 2008 with Stefan providing drums and keyboard as well as the band’s producer, while Corinne provides lead vocals for the group. In early 2018, ZiBBZ won the selection show to represent Switzerland at the Eurovision Song Contest with their song “Stones”. The band competed in Lisbon where sadly their song did not advance from the semi final.

Alongside several other solo projects for the duo, the band have released 2 albums and released their most recent single “Citylights” in 2019. Corinne gave birth to her son Bowie Leon in May 2019. Chiara is no stranger to the Eurovision world, having competed in the selection show to represent Switzerland for both 2012 and 2013. She tried once more in 2018 where her song “Secrets and Lies” finished in fourth place.

In 2018 she moved to London to study vocal performance at the Institute of Contemporary Music Performance. She later returned to her home country of Switzerland to work on her debut album “Constellations”.

In addition to her singing and songwriting, Chiara is also a violinist and her musical style stretches across several genres.

Gunvor represented Switzerland at the 1998 contest in Birmingham. Sadly despite being a favourite leading up to the contest, her song “Lass ihn” is recognised for receiving the dreaded null-points at the contest.

Determined not to have this ruin her career, Gunvor released two further singles within the space of a year. Prior to her involvement in Eurovision, in the 90s she won two of the largest talent shows within Switzerland. Gunvor is also recognised as a tap dancer and won the Swiss championships seven times.

As revealed previously, in alphabetical order, the top 10 countries selected by the Swiss jury are:

Switzerland will feature in the 11th position in the second semi final of Eurojury 2020 on Wednesday the 29th of April. Switzerland were due to be represented in the Eurovision Song Contest 2020 by Gjon’s Tears with the song “Répondez-moi”.