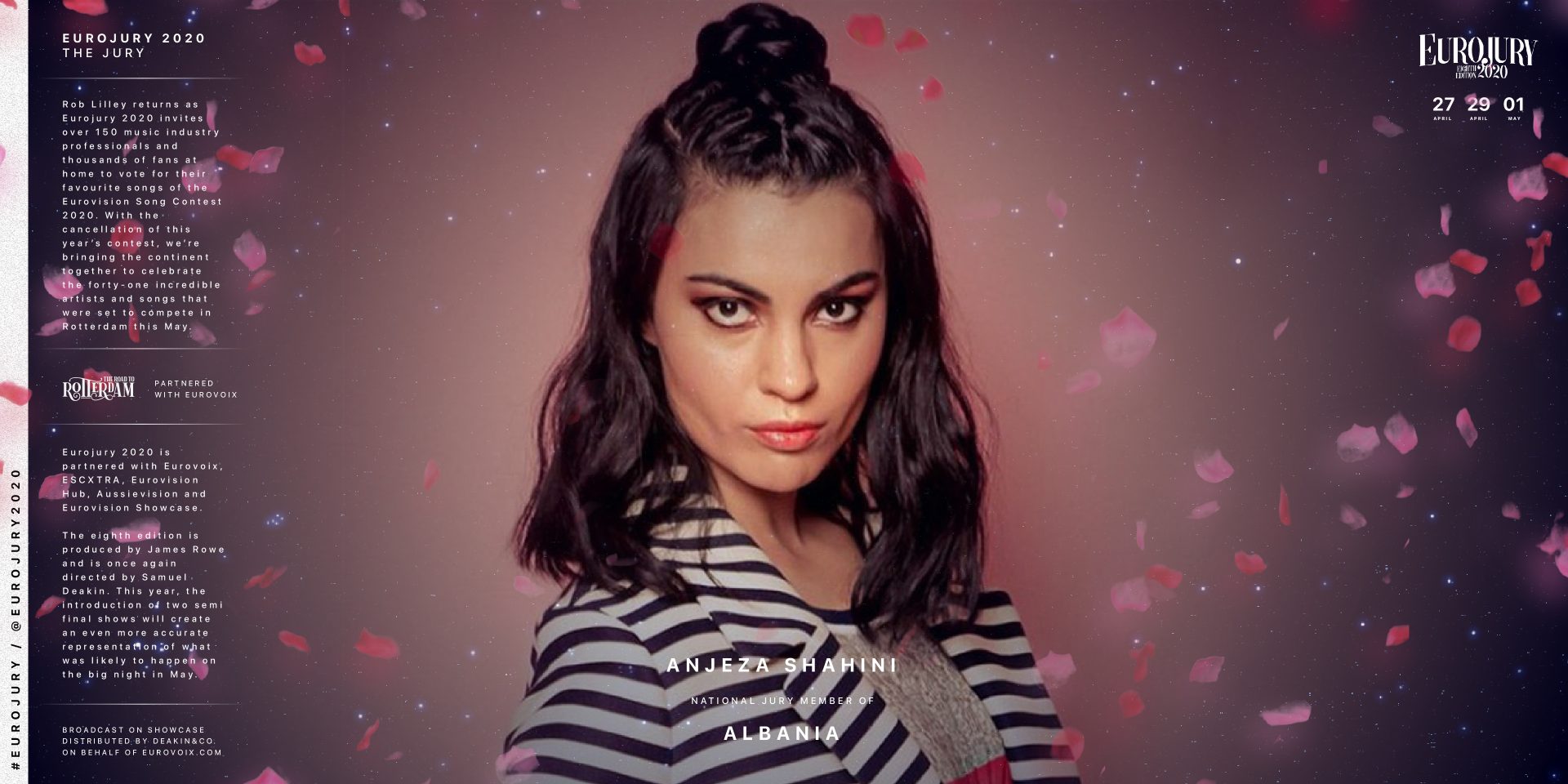 Anjeza Shahini was the first representative for Albania at the Eurovision Song Contest in 2004. Her entry “The Image Of You” finished in a respectable seventh place, she retained the position of Albania’s best ever result in the contest until 2012.

She later participated in two further editions of Festivali i Kenges in an attempt to represent the country once more in 2010 and 2013. In both situations she finished in second place with the songs “Në pasqyrë” and “Love” respectively.

Anjeza graduated from the European University of Tirana in 2010 with her studies in International Relations. Later in 2012 she competed in the music competition Top Fest with Kosovo born Dren Abazi. Their song “Ti dhe Une” won the award for Best Interpretation and was later chosen as Song of the Year by Albanian TV station Top Channel. 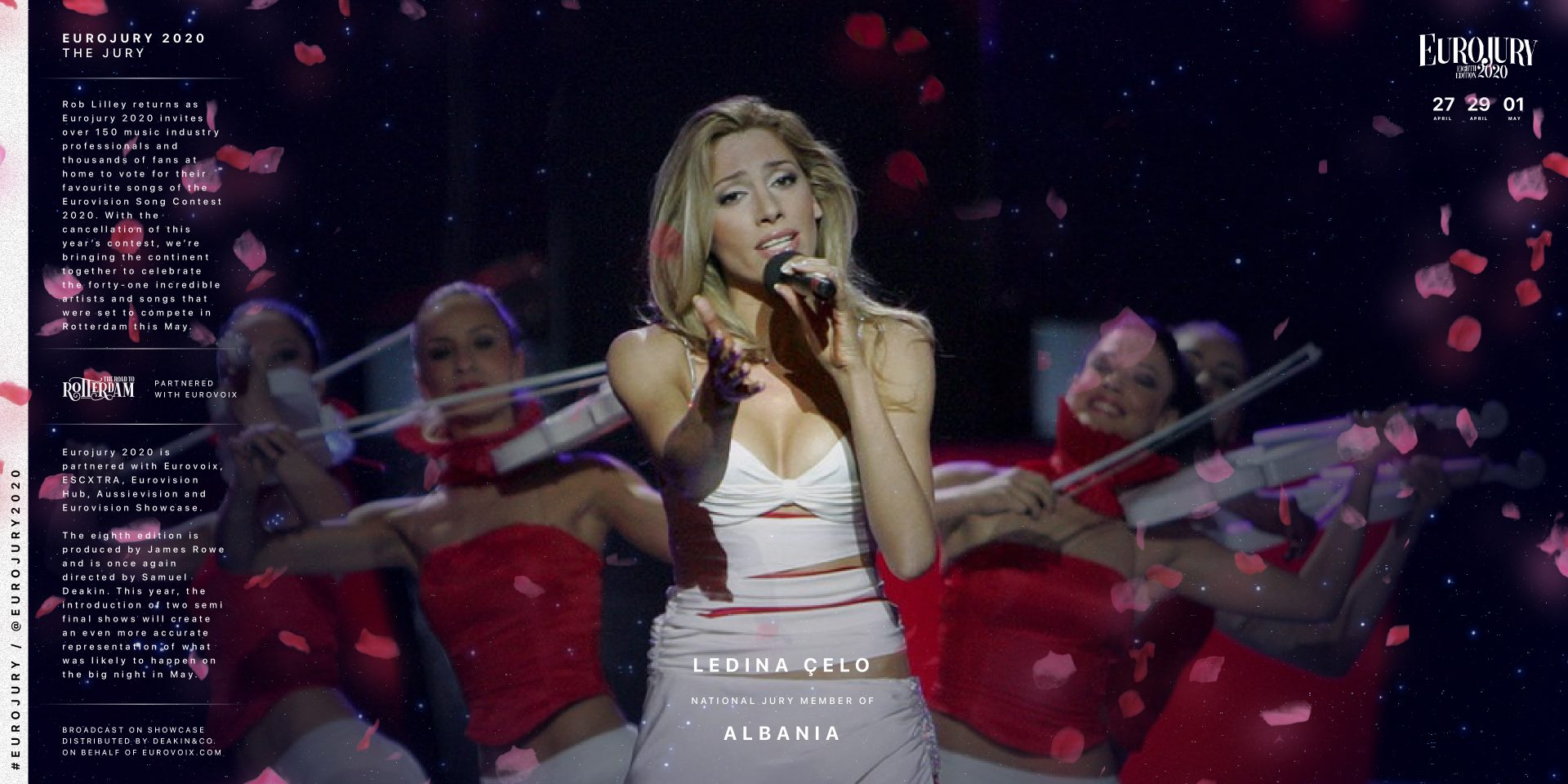 Ledina Celo was selected as the Albanian representative at the Eurovision Song Contest in 2005 in Kyiv, Ukraine. She performed her song “Tomorrow I Go” which eventually finished in 16th place in the competition, even receiving the 12 points from North Macedonia.

Prior to this, the year before she in fact hosted the 43rd edition of Festivali i Kenges in what was the first year where participation at the Eurovision Song Contest was incorporated into the prize to the winner of the long standing music competition.

Ledina later went on to finish second twice in the competition Kenga Magjike in 2006 and 2013.

Singer and songwriter Hersi Matmuja has been in the music industry since the age of 13, when she provided the singing voice for the character Melody in the Albanian dubbed version of Disney’s The Little Mermaid II.

Prior to her win in Festivali i Kenges in 2013, Hersi won the award for the Youth Category at the festival in 2006 at the age of 16. Her win at Festivali i Kenges in 2013 earned her the right to represent Albania at the Eurovision Song Contest 2014. Her winning song was translated to English for the contest to the title “One Night’s Anger”. Unfortunately her song did not qualify for the grand final of the competition.

A few months after the contest she graduated from Santa Cecilia Conservatory in Rome, Italy where she studied canto.

R&B singer Dilan Reka first appeared on The X Factor Albania in 2015. During the show he was mentored by Bleona Qereti in the Boys category, eventually he finished the competition in third place.

Following from his exposure on The X Factor, Dilan later made his first appearance in Festivali i Kenges in 2015 where he eventually ended in seventh place with the song “Buzeqesh”. He later returned the following year reaching third place with the song “Mos harro”. Dilan competed once more in 2018 where his song “Karma” got to fourth place in the festival.

More information can be found through his Twitter page. 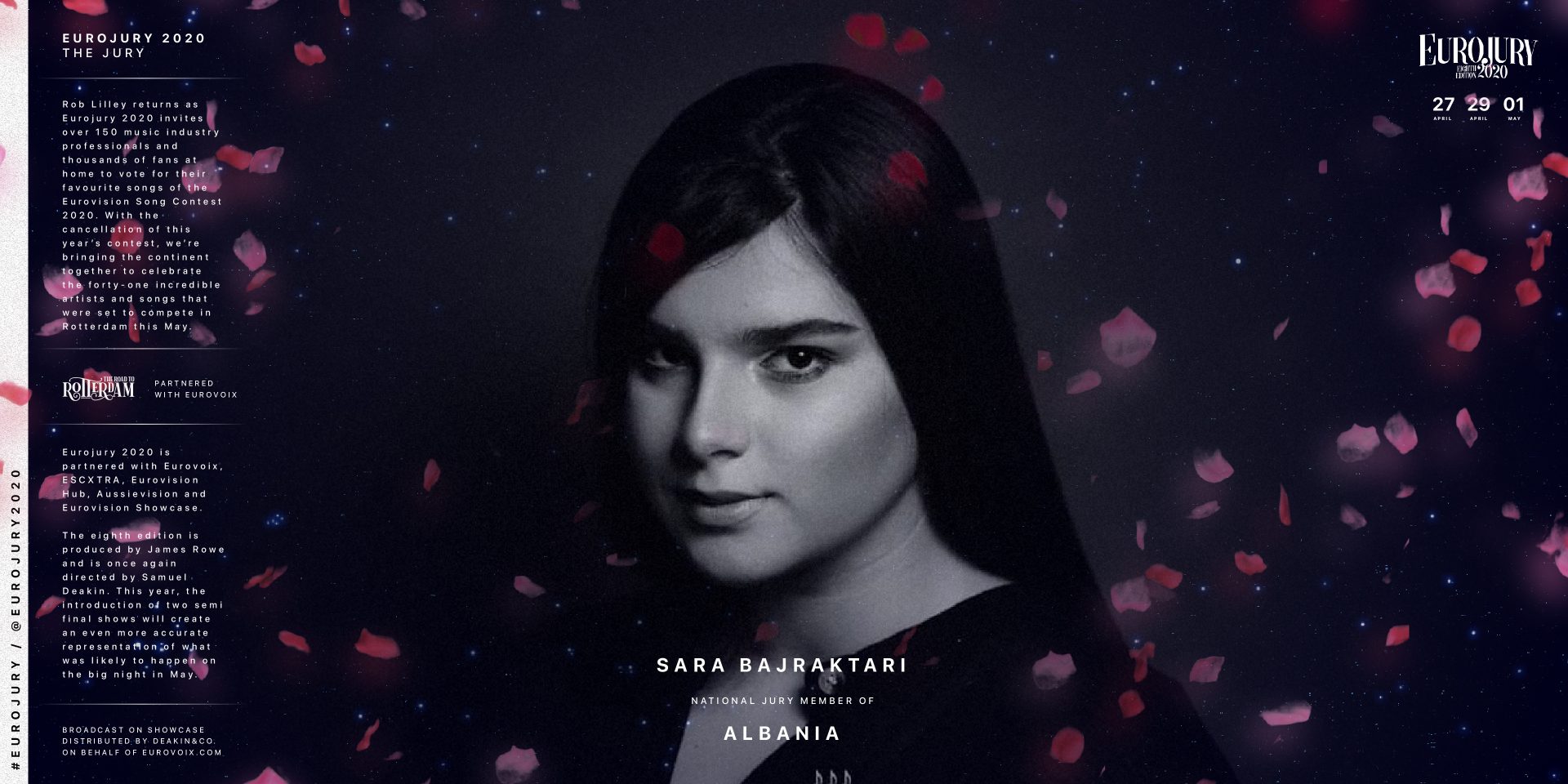 Although a young performer, Sara Bajraktari has competed in several music competitions in her career. She has a host of credentials in children’s festivals from the age of 7. In 2017 Sara made an attempt to represent Albania in the Junior Eurovision Song Contest. Her song “Flas me endrren” eventually came second in the selection show.

The following year Sara auditioned for the popular show The Voice Kids in Albania where she became a semi finalist. Most recently, in December 2019, Sara took part in Festivali i Kenges for the first time, where her song “Ajer” eventually finished in third place with the festival.

Mishela Rapo first came to public attention in 2012 where she attempted to become the first representative of the Junior Eurovision Song Contest for Albania. She later attempted the same competition in 2015 with the song “Dambaje” which eventually won her the right to represent her country in Sofia, Bulgaria.

At the Junior Eurovision Song Contest 2015, Mishela ended in fifth place for Albania, it was the best placing ever for the country at the competition and has retained this accolade since.

As revealed previously, in alphabetical order, the top 10 countries selected by the Albanian jury are:

Albania will feature in the 13th position in the second semi final of Eurojury 2020 on Wednesday the 29th of April. Albania were due to be represented in the Eurovision Song Contest 2020 by Arilena Ara with the song “Fall from the Sky”.