It’s two weeks to go until the Semi-Finals for Eurojury 2020 and time to reveal more about the shows.

For the first time Eurojury will feature Semi-Finals which will be broadcast on April 27 and 29. The shows will be hosted by Rob Lilley and James Rowe and will feature the music videos of each of competing songs, plus chat and discussion around each of the entries. The running order for the semi-finals has been determined and can be seen below. 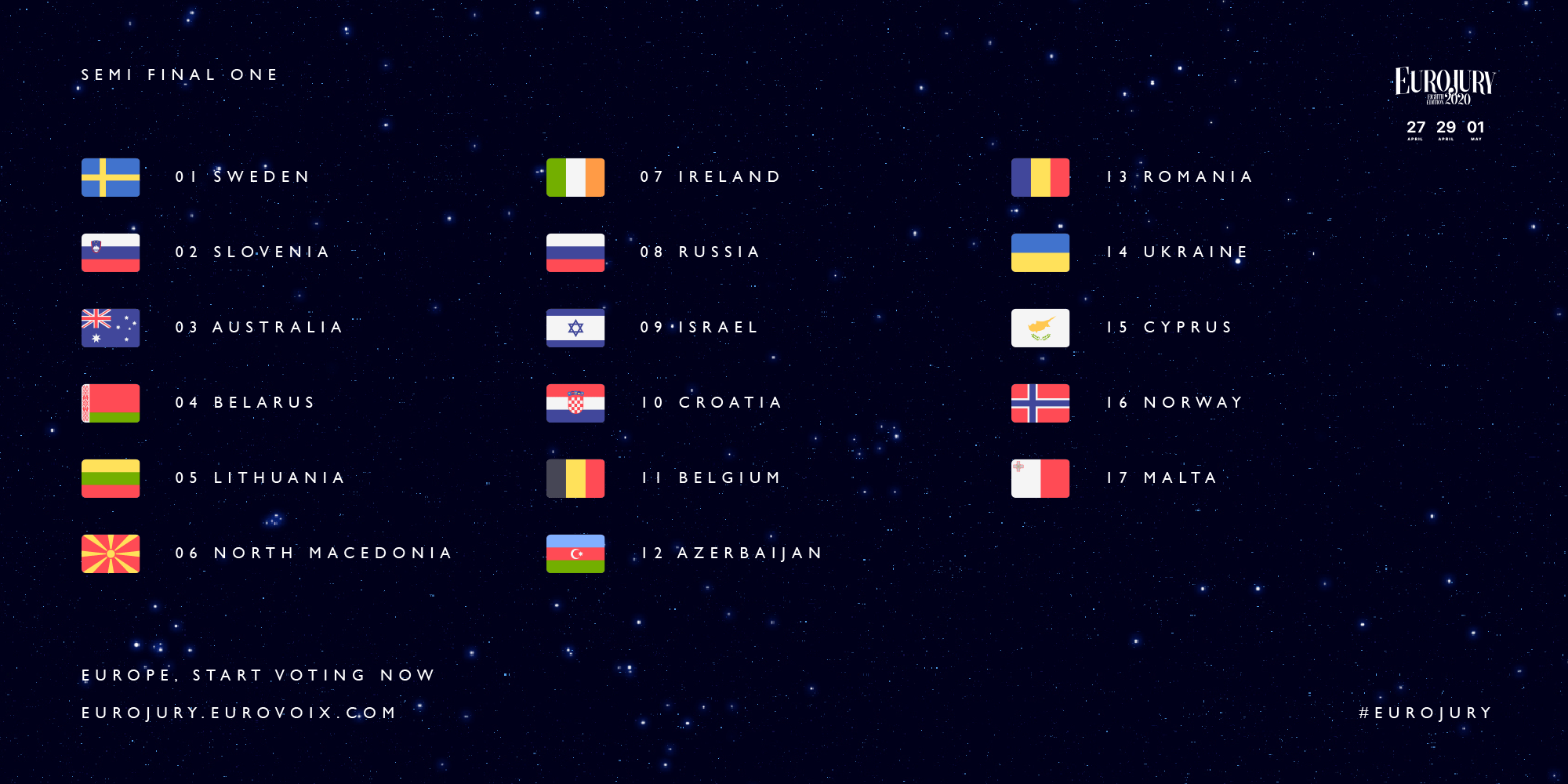 The first results of the juries have been released today and will be combined with the results of your votes to determine the ten qualifiers from each semi-final.

Voting is underway now at the Eurojury website and will also be open during each semi-final. Voting will close after all of the music videos are shown in each semi-final, after which point the results will be calculated and ten qualifiers will be announced. Voting will re-open after each semi-final and close the day before the Grand Final. 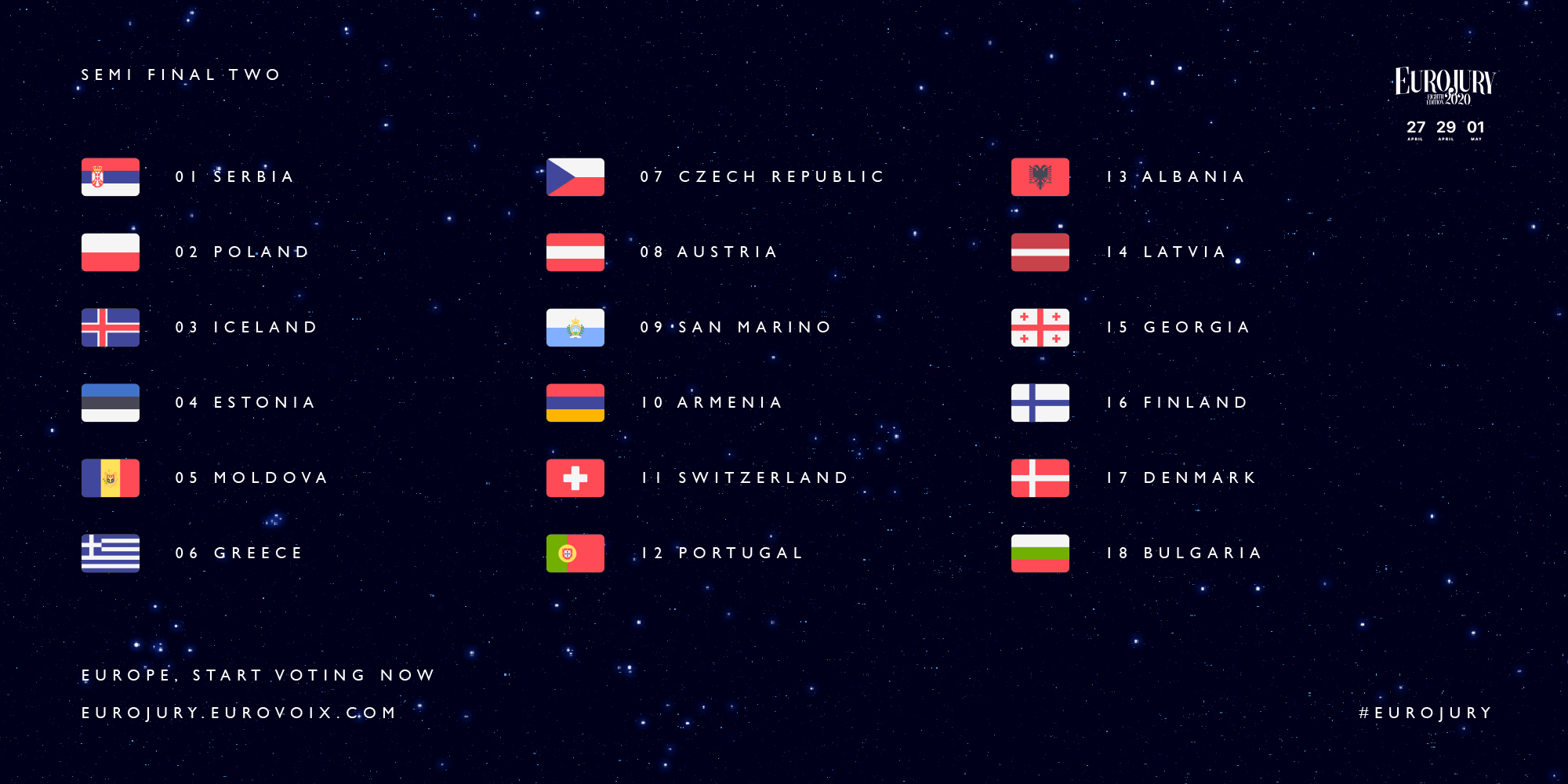 The Semi-Finals start at 21:00 CEST and can be watched live on Showcase, each semi-final will last for 75 minutes.