From Austria we head to Hungary to receive the second jury’s results for Eurojury 2019.

Each voting nation is represented by a jury consisting of past Eurovision, Junior Eurovision and national final participants. Each juror is asked to form a top 10 ranking of their favourite competing songs which is combined with the other jurors in their country. On the jury for Hungary are: 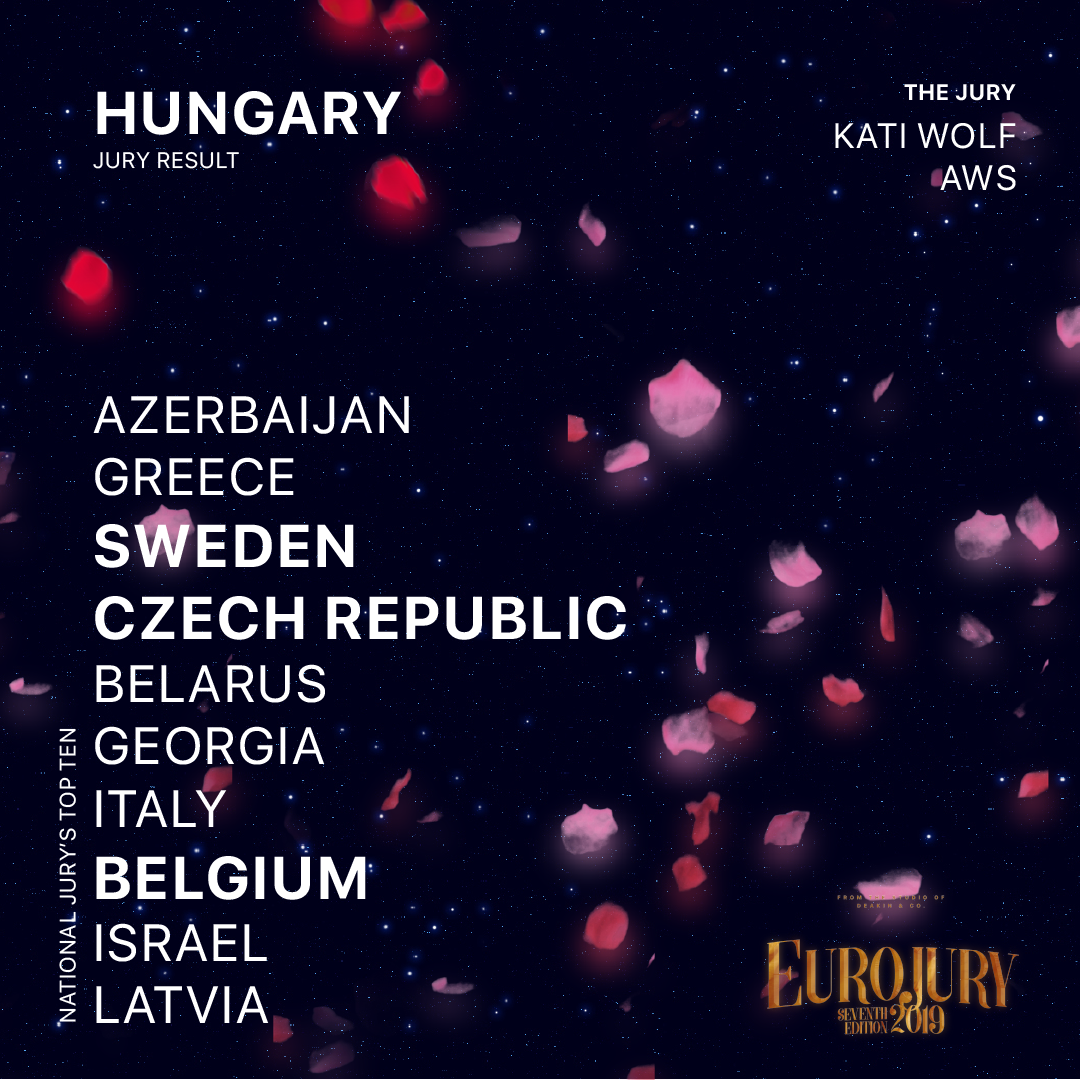 The results of the Hungarian jury are shown above. The countries highlighted were among the top three, meaning they scored 8, 10 or 12 points, while the remaining nations scored between 1 and 7 points.

Get Involved With The Show

As we draw ever closer to the broadcast of Eurojury 2019 on April 20th, we want you to get involved in this year’s show. You can be part of the intervals of the show, all you have to do is film yourself saying:

“My name is X from X and I support (country)“

Then email your clip to interact@eurovoix.eu and we’ll select a handful of videos to appear in the show.

Rob Lilley makes a very special delivery to one of London's most iconic buildings in #Eurojury 2019 ✨ Get involved by voting for your favourite songs from this year's #Eurovision Song Contest via https://t.co/56jPTKBxzj | @roblilley1 pic.twitter.com/iHCYCCtUkY